Acoustic Radiation from a Loudspeaker Diaphragm

Acoustic Radiation from a Loudspeaker Diaphragm

Loudspeakers need to be modelled as a fluid-structure coupled problem to accurately capture the interaction between the loudspeaker diaphragm and the acoustic space into which it radiates.

Below is a simulation of a 160mm drive unit at an excitation frequency of 4.3kHz.  The simulation includes a small mass to simulate a bead of glue on the diaphragm surface which excites 3D mode-shapes and requires a minimum of a 3D half model.  The radiation at this frequency is slightly "steered" due to the presence of the mass positioned at an anti-nodal location on the cone. 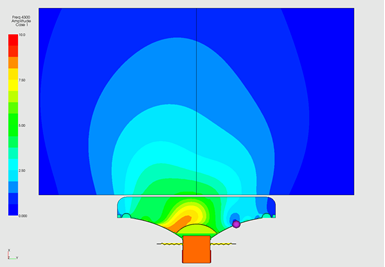 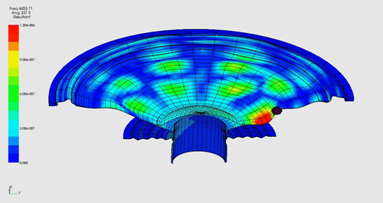 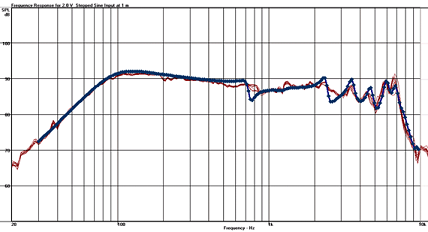 The above comparison between the simulated and the measured drive units illustrates that simulations can be accurate over a wide band of frequencies provided that key input data such as accurate geometrical and frequency dependent material definitions are included.