Source is positioned at ear height and rotated at 10 degree intervals in an arc beginning in front of the head and extending around to 90 degrees.  The source tracks an arc at 2 distances, 0.25m to model the effect when the source is close to the head and at 3m to model a more distant source.  The sound waves arriving at the head are viewed below using a plane of acoustic display elements, the source frequency illustrated is 3kHz.  Frequency responses from 200Hz to 10kHz are also presented to show the normalised sound pressure levels at each ear as the source moves around the head.

Delay Between Left and Right Ears as a Function of Angle (sources at 0.25m) 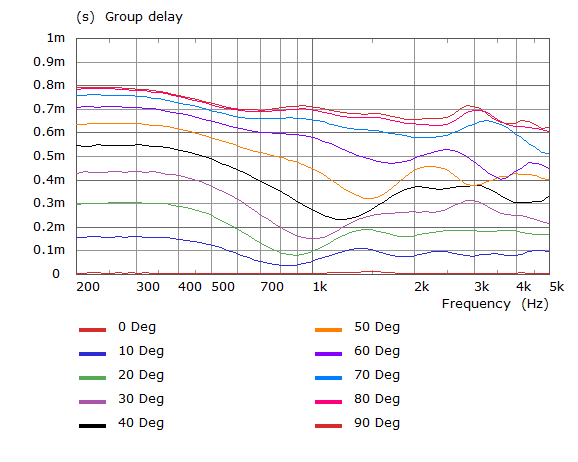